In September 2007, the newly appointed Diversity Faculty Fellow, Dr. Alex Tan, pulled together a group of individuals to work on a strategic plan for diversifying the faculty here at WSU to make recommendations that would help create a more positive and welcoming climate for individuals from traditionally underrepresented groups. This group was called the Association for Faculty Diversity. By October, 2010, all pieces of the plan had come together and were approved by the leadership. That plan is currently being implemented by the Diversity Faculty Fellow.

As the original project began to wind down a group of eight active committee members led by Prof. Mary Sanchez Lanier, concluded that faculty diversity discussions should be ongoing and not simply sporadic: thus, the establishment of the Association of Faculty for Diversity. The group was "patterned after the Association for Faculty Women, a resource for faculty and administration in support of WSU's diversity mission." This new incarnation of the original association positioned itself as a grassroots organization that would engage the university's leadership, in order to help sustain efforts to recruit, nurture, and advance the careers of the traditionally underrepresented--including, but not limited to, and women.

Response to a membership invitation sent out to all four campuses was overwhelming with about 81 faculty and staff members signing up for membership. On December 2nd, 2010 E. Lincoln James was elected president, Lisa McIntyre, vice president, Ana Maria Rodriguez-Vivaldi, Secretary, and Chio Flores, Treasurer. The group was acknowledged by the leadership at a reception hosted by President Floyd and Provost Bayly, on January 19th, 2011. Both leaders were subsequently invited to attend an AFD interactive question and answer session that used audio-video links to reach our campuses in Vancouver, Tri Cities, and Spokane. At this meeting the president expressed the university's commitment to diversity and excellence and challenged the group to create a comprehensive diversity plan for staff and students that would serve as a template for the university system. Chancellors, faculty and Human Resources personnel on the four campuses expressed their support for pursuing our vision.

We believe that embracing diversity is fundamental to our positioning as a world class university that strives for excellence in teaching, research, and service. We recognize the need to improve and sustain an all inclusive community of students, staff and faculty that is representative of our immediate as well as our global society which includes but is not limited to diverse peoples, cultures, and ethnicities. Therefore as an institution of higher learning our task is not just to equip students with the necessary knowledge and skills critical to performance in the workplace. We must also help them adjust to a global community, by sensitizing them to a world society that is cosmopolitan and plural rather than narrow and insular: a world in which respect for difference allows individuals to create; a world where each student must acquire sensitivity to issues of ethics, diversity, multiculturalism, and internationalism. An extensive body of research indicates that students learn best when they are immersed in an environment that exposes them to interactions with both people like themselves and people who are different. On a university campus this refers not just to faculty and students but also to staff, because interaction with a staff member is often a student's introduction to campus and campus life. The Association for Diversity is confident that working together we can contribute, create, and sustain a just and civil society where each individual is free to pursue his/her dreams in a climate that welcomes, nurtures and respects difference. 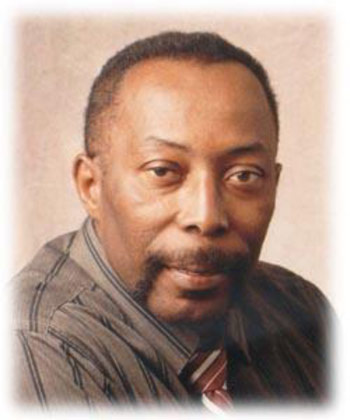 Words from the AFD President
Association for Diversity